Blogs Birth of the Revolutionary PowerCube

You have most likely heard of or seen the PowerCube somewhere. In case you’ve never heard of it (I can’t believe you haven’t!), it’s a smartly designed cube-shaped power strip that solves a widely known issue: bulky plugs blocking its neighbouring socket outlets. The PowerCube has just turned six years old this year, and is now being sold in more than 80 countries worldwide! Curious to know how it came about? Let’s walk you through the birth of the PowerCube; from its’ initial sketches to the actual product.

How the idea was born

The PowerCube did not simply pop out of nowhere into the minds of the Allocacoc founders. It was not an eureka moment. Yixia and Arthur were just graduated as industrial designers back in 2010. With a passion for industrial design, they strived to come up with products with an improved design that ultimately improved the lives of people. During this period of brainstorming for new ideas, they started to take notice of their constant frustration with bulky plugs blocking each other when using the regular power strip. Socket outlets in the power strip could never be fully utilised. Therefore, they began thinking of ways to solve this #worldclassproblem. They started sketching away.

As industrial designers, Yixia and Arthur wanted to develop a more ergonomic power strip. Increasing the space between socket outlets would have solved the problem of plugs blocking, but why does a power strip necessarily have to be in a rectangular shape? Why not make it into a cube? Yixia and Arthur believed that a cube-shaped power strip not only solved the main issue of blocking plugs, but it was also a lot more compact and aesthetically pleasing to be placed in sight. 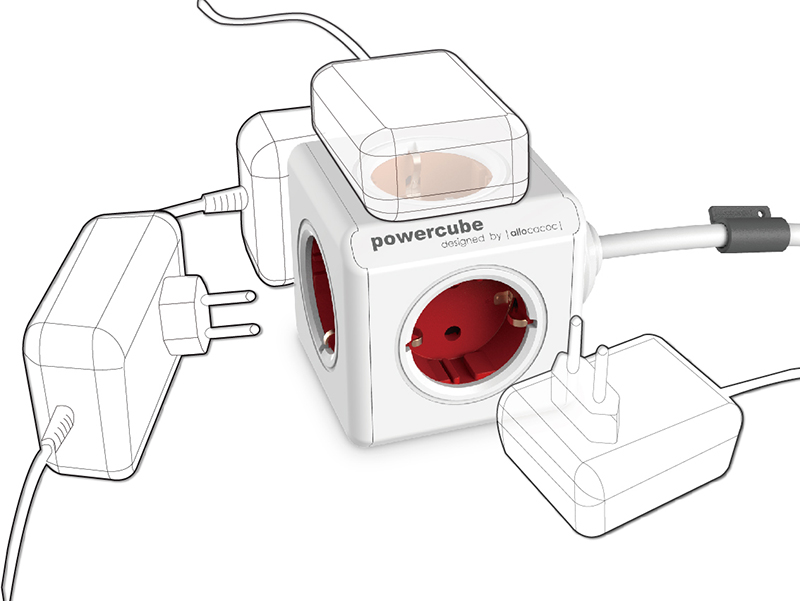 It was already a challenge for the designers to design the core where all outlets can be used at the same time in such a small and compact cube. They encountered their next challenge soon after: How to incorporate USB components into the cube as well? Electronic devices that could be charged with just a USB port was growing in the market and by today you can see it in the majority of devices in the market. It is thus essential to have a power strip where you can charge such devices, directly from a USB-port.

Across the years, the core design remains while its additional parts have been redesigned over and over again to improve efficiency, functionality and to produce more plug types for different countries. The core inside the PowerCube is almost an engineering marvel, allowing 4 to 5 pins to fit into such a tight space. After numerous times rendering and testing, they also managed to design a unique docking system to hold the Power Cube in place on any flat surface. 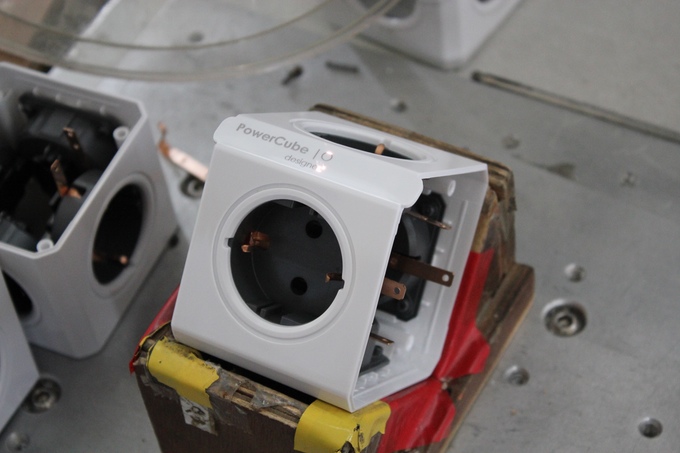 To ensure optimal efficiency during production, there are two parallel running assembly lines. One line is responsible of pre-assembling all core parts as well as laser printing the logo on the casing. These parts will then go through an accelerated life testing before entering the next stage in production cycle. Assembling all the core parts together is the task of the second assembly line. Put simply, slide in the core into the casing, put on front cover and back cover with screws, and voilà; you have a functional PowerCube — Arthur Limpens, co-founder. Then there is quality control, where all PowerCubes are tested again before going into the packaging process. Well-packaged PowerCubes will board onto cargo ships and be delivered around the world.

PowerCube on its way to you

With our three main offices dispersed across the world, our team makes sure these PowerCubes are distributed in more than 80 countries worldwide. So, if aren’t already a proud owner of the PowerCube, go visit a store near you!